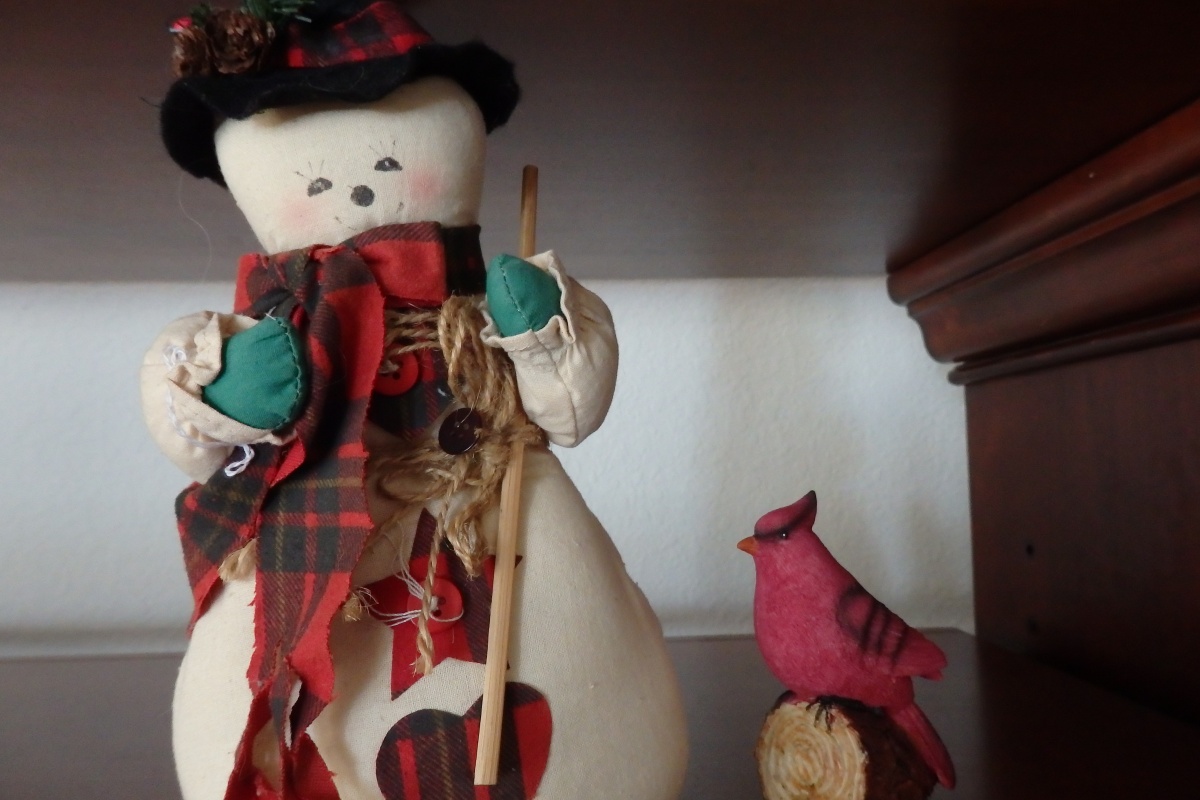 I had been thinking I have nothing to write about.  I am deep in menopausal winter.  Okay okay, peri-menopausal winter. Whatever.  All I really want to do is sit on the couch, eat just about anything and watch television.  Here is a list of what I have been watching:

Tune in tomorrow for Winter Part II.  One does not stay in slug mode all the time.

That’s enough typing and walking on the treadmill, back to the couch!

The first three weeks of this year have been busy and exhausting,  leaving me with little resources to work on a list of goals. Months ago I started jotting down ideas and actually thinking about how I want this year to look. (I may not be getting smarter with age but I do seem to be using my brain more!)

I have been waiting for a block of quiet time to go through my notes and solidify which direction I want to go in 2017.  This week is perfect for contemplation and just in time for the Chinese New Year, the 28th of January.  The year of the rooster in case you were wondering.

This year I am shooting for contentment at home and on the health side menopause survival with minimal long term damage.

Starting with ambitions for my home life:

Last year I had 12 areas to clean and it worked pretty well.  I only got ten done so cleaning out the file cabinet and shredding the discards have carried over to this year.  I didn’t shoot for a specific number this year but made a list of areas/things that bother me and ways to improve them.

I am excited about getting some of these items done and out of my brain where they have been bugging me for some time!

Some of these items may end up being too ambitious  but I am not planning on starting them all at once.  I want to add one good habit at a time and maybe some won’t work out.  But I at least want to give them all an honest try.  I can already tell you the sugar one is going to be really tough.  I was also wondering how long it would take to do all these good habits everyday.  Does anyone have enough time to be this healthy?

We almost went home Sunday morning. But small child wanted to stay so after the traditional rainy day lunch of grilled cheese sandwiches and tomato soup we opted to brave the elements and go for a hike. Turned out to be a great idea.  It was delightful being out in some winter weather.  Normally I would have taken very few pictures because of the cold but I found the above nifty gloves/mittens in the trailer and they worked great! And since I bundled up I was surprisingly comfortable and didn’t mind the damp and cold at all.

Our hike started around 7000′ and we walked the 3.3 mile Echo Canyon loop that went past the Grotto and down into Echo Canyon.  The weather changes as we descended and rose were quite marked.

We started out in the clouds with a stiff breeze and some light snain (rain/snow mix).

Soon we descended below the clouds, were sheltered from the wind and the precipitation stopped.

When we returned to the truck the weather was the same as when we left:  windy, damp and gray.  We were happy to return to our home on wheels and mugs of hot cocoa.  Nothing like cocoa on a wintry day, such a rare and wonderful desert treat!

Sort of. It was certainly dark but the storminess, not yet.

The second night of our three night stay at Bonita Campground in the Chirachua’s found me tired and cold.  Taking advantage of the heater in the trailer I got ready for bed early and felt quite settled and cozy in my sleeping bag.  I had a lantern, my book and my pillows set just right.  Husband and small child had decided to build a fire despite the impending weather.  I savored this time alone, the quiet.  Just as they took out the s’mores items the rain began.  Undeterred they managed to scarf down a third of a bag of marshmallows and two chocolate bars.  Fifteen minutes later my peace was destroyed as I waited patiently while they let all the heat out and brought all the wet items in.

Finally everyone was settled but now I was wide awake.  And way too warm.  I tossed and turned awhile as my husband snored away and small child fidgeted and whispered in the bunk above.  Too much sugar and over-tired I knew he would be awake for hours.  I tried to unzip my sleeping bag but it was all twisted and I couldn’t find the zipper.

What I really wanted to do was open the window. I wanted to hear the distant thunder better and the wind in the trees.  I sat up and slowly cranked open the tiny window next to small child’s bunk.  He was instantly alert and I told him to be quiet and listen for the thunder.  The incoming breeze was perfect, not frigid but refreshing. A gentle stream of cooling air.  I straightened out my sleeping bag and unzipped it part way.

I laid there a long time listening to distant thunder and the trees rustling in the breeze.  The wind picked up indicating more rain was coming but the sound of thunder remained soft.  I fell asleep.

An undetermined amount of time later the carbon monoxide detector went off.  (This happens when the dog sleeps next to it.)  I fumbled with my sleeping bag, then fumbled for my slippers, fumbled with the flashlight and fumbled for the mute button on the alarm.

My husband relocated the dog onto the bed (where he normally sleeps so he doesn’t set off the alarm) and I opened the door to let some air in.  That is when I realized it was raining, so softly it hadn’t awakened me, so softly I hadn’t heard it on the trailer roof.

I breathed in the damp fragrant air and thought how odd it was to be glad to be awakened in the middle of the night.

My introverted self is screaming for some quiet time. The last few weeks of non-stop busyness have caught up with me. It will be another 10 days before I can really get back to my normal routine but today I am giving myself a time out. 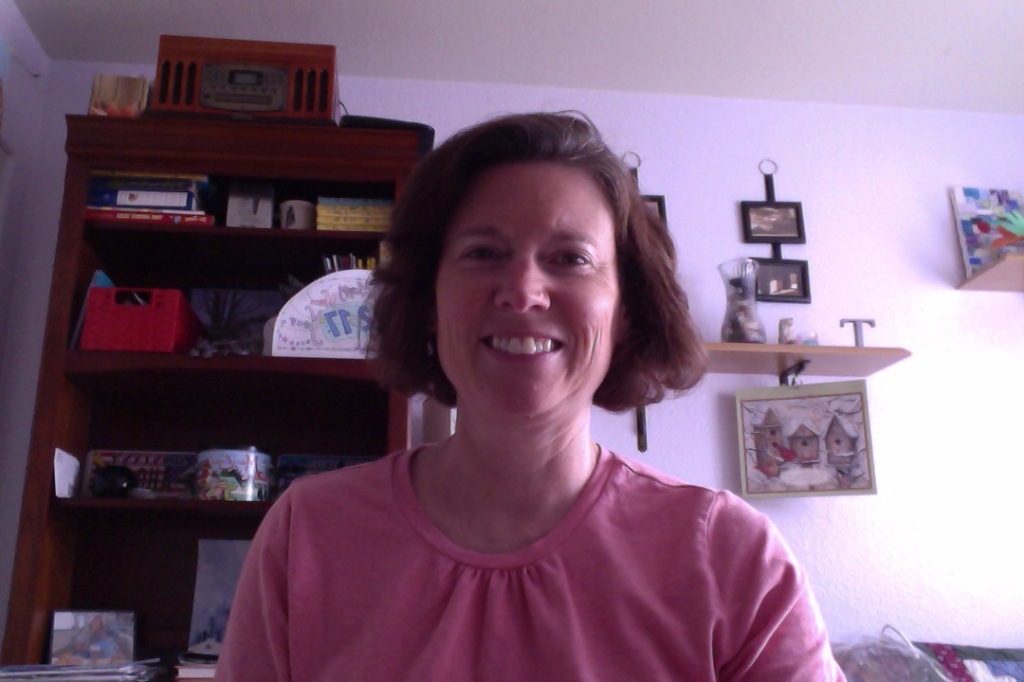 I immediately thought of Sally Field’s in “Steel Magnolias” and “just make it look like a brown football helmet” hair.

What my hair looks like today after I washed it. (Sorry about the no makeup.)

4.  I am reading this very interesting book, “Secrets From the Eating Lab” by Traci Mann.  I keep thinking I need to lose 5 to 10 pounds but now I am thinking maybe not.  Maybe this is the “new- older” me.

5.  My house is a mess.  Christmas is packed up but there are still some totes that need toting to the garage and a thorough vacuuming, dusting, mopping is sorely needed. So do I clean this afternoon or do I sit down with my lunch and watch the Miami Heat game I recorded last night?  What would my husband do?  Ha ha, basketball it is!

Well, I have hit my ten thousand steps so after doing a few pushups maybe I will tote those totes out to the garage before finding some potato chips and putting the game on.  It’s not even lunch time yet anyway.  Maybe I will research Montessori schools too.  Or maybe I will just sit in the sun with a cup of tea and let that crabbiness scurry away!

A hopefully happier me will be back next week.  We are going camping over the three day holiday weekend and I am very excited about it!!  I’ll try and take good pictures. 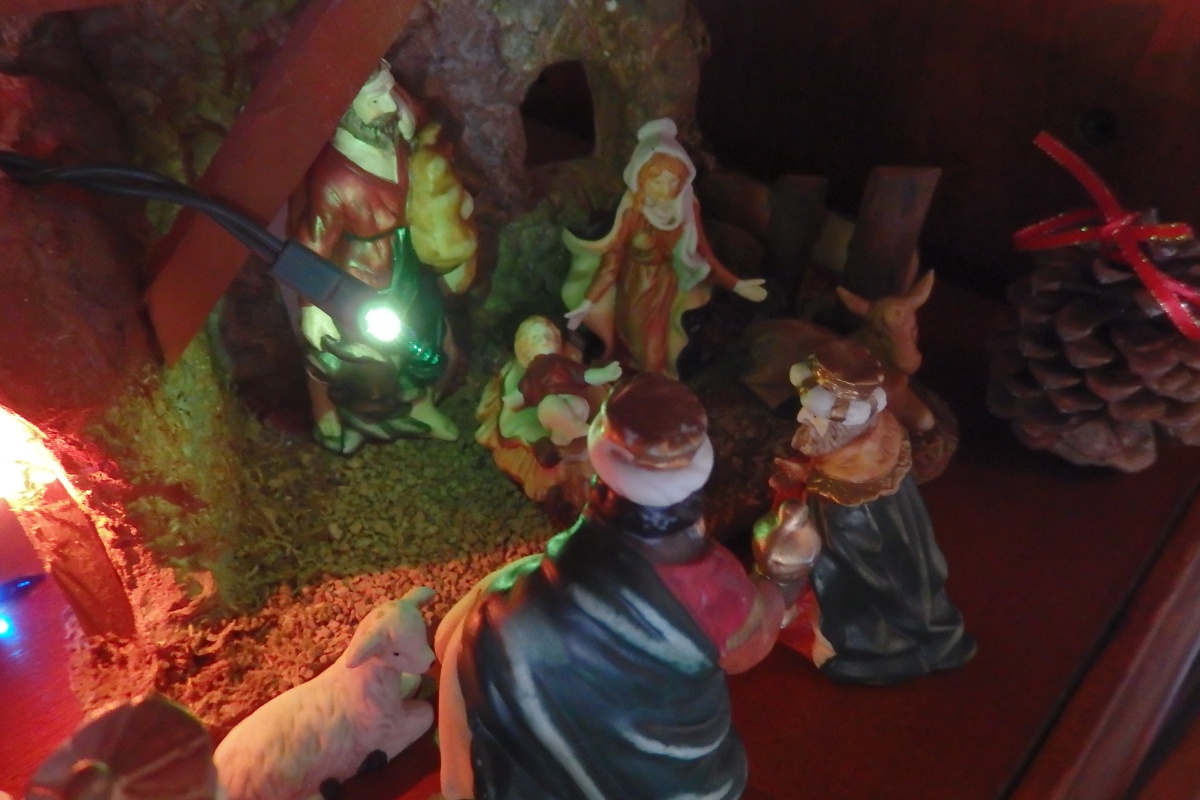 Today is the last day of Christmas for my family. Tomorrow the tree comes down and we start packing up all the decorations. I thought I would feel sad but instead I feel a great contentment.  I spent time this morning sitting on the couch drinking a mug of tea while looking at the Christmas tree and nativity scene.  One last respite before the hustle and bustle of real life returns tomorrow.

My son’s second full week of winter break has been busy and satisfying.  I relished all the time we spent together even if it has left me feeling exhausted.  While I will not mind when peace and quiet descends on Monday that doesn’t stop me from embracing our one last outing today.

In honor of the Wisemen’s journey to Bethlehem my son and I took our own hike.  We  went across the street to Sabino Canyon Recreation Area and meandered around for two hours.  The weather: absolutely perfect.  I think the pictures say it all.

Cheers to the end of a Delightful holiday season!

Lest you think all of December was nothing but joy and lightness I feel it only fair to share some of those fun menopausal family moments too. There were a few times where I had to work to find something delightful about the day, but you know, I did truly find good about each day.  I found myself focusing on the happy, positive items which made my life seem better and which made me feel happier. The experiment was a success!  My absolute favorite part of the month?  Coloring the countdown to Christmas pictures,  I am so doing that again next year.

Onto real life moments that may very well make you feel better about your own month!  Or at least give you a laugh.

In no particular order:

So there you have it, delight tempered by reality.